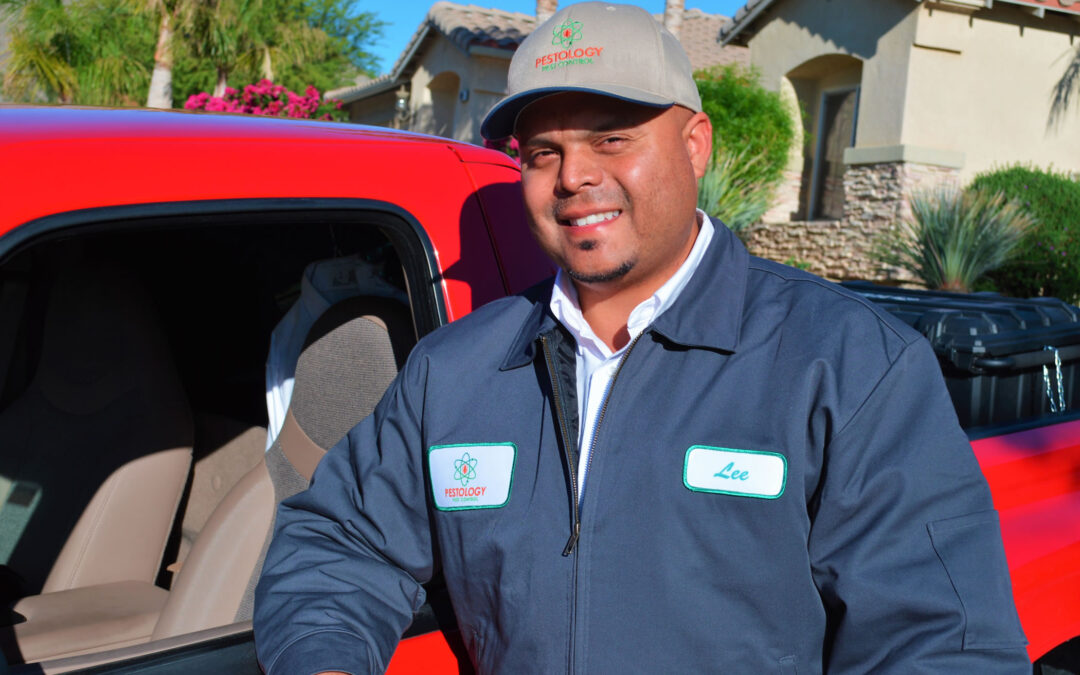 Although there are only four major deserts in the United States, there are many hot areas that people like to consider the desert (such as Southern California). Millions of people inhabit these areas and, in turn, have to deal with the many desert insects crawling around. This guide shares a few of the top desert bugs and how to prevent them from entering your home.

Exact species will vary depending on what region you’re in, but here are a few common desert insects. A few of these species can be found in colder regions as well (however, they are most abundant in hot areas).

Black Widows are large black spiders with a venomous bite. They’re found in hot climates and are most recognizable by their bright red markings. They are found more abundantly in southern states.

Wolf spiders are similar to tarantulas and often get confused with them. Like tarantulas, these spiders prefer warmer habitats and have a venomous bite.

We could talk about bugs forever, but there are too many to put in one article. Some other spiders that can be found in the desert include camel spiders, tarantulas, brown recluses, brown widows, and garden spiders.

Stink bugs are not only a common pest of the desert, but they can be found in many other areas as well. In cold areas, they inhabit homes or businesses while they overwinter during the cold months. They definitely prefer warmer weather, so they are often found in the desert.

Warm weather attracts mosquitoes. Wherever you can find warm weather, you will find swarms of mosquitoes ready to attack and leave itchy bug bites.

Since these huge wasps prey on tarantulas, they can be found anywhere that tarantulas are found. If you thought a regular wasp sting was bad, don’t get stung by a Tarantula Hawk Wasp! They have one of the most painful stings in the world.

Also called the cow killer ant, this insect is actually a wasp that gives a powerful sting as well. Females have stingers and can’t fly, while males have wings without stingers. They aren’t aggressive and it’s rare for females to sting, but they will if you handle them. They can be found throughout the United States, Mexico, and Canada.

Ants and Other Crawlers

There are over 1,000 species of scorpions in the world. They range in venom toxicity, but most of their bites aren’t dangerous.

Fire ants have a painful sting and are found most often in hot, desert-like areas. An infestation can be hard to get rid of, so it’s best to take preventative measures to avoid fire ant mounds in your yard.

Centipedes and millipedes are often confused because of their similar names and appearance, but there are a few differences between the two. For one, their legs are distributed differently – centipedes are much quicker. In addition, centipedes can bite while millipedes can’t. While centipede bites are venomous, they rarely bite humans.

This species of termites is often found in West Texas, New Mexico, and Arizona. Regular termites depend more on moisture, while desert termites have adapted to moisture loss. They build moisture-retaining tubes or sheets made of carton to survive.

Bugs got you down? We can Help! Call us today for a free Estimate or visit our website