The Truth About Cruising and Viruses 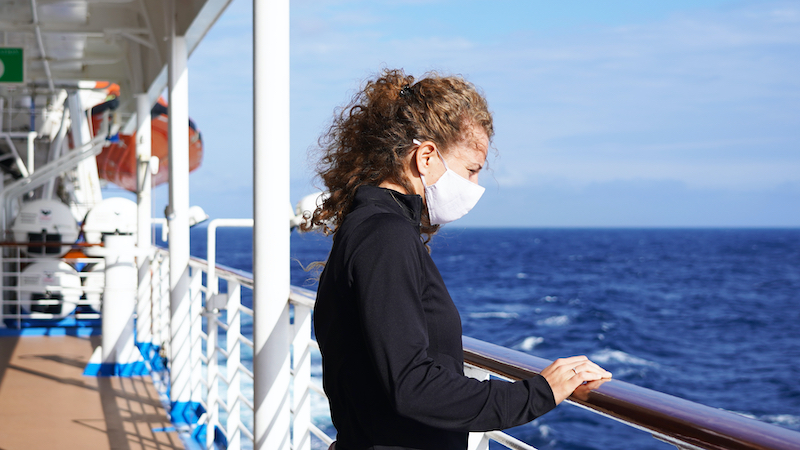 Lately, the media and many people on the various social media platforms have been far too quick to draw inaccurate and misleading conclusions about the safety and cleanliness of cruising. Here are the facts when it comes to the cleanliness of cruise ships and the transmission of viruses on cruise ships. (This includes the common norovirus as well as the more recent and far more serious COVID-19 virus.)

In a recent interview with Insider Travel Report, Brad Tolkin, Co-President and CEO of World Travel Holdings stated with regard to cruise ships: “There is not a better product in terms of medical sanitation in the world.” This statement is 100% true.

If you have ever cruised, you will probably recall that you were asked to fill out a health questionnaire when you arrived at the port to check-in for your cruise, and that you were given a squirt of hand sanitizer every single time you boarded the ship or entered a restaurant onboard. And if you were cognizant of your surroundings during the cruise, you would have noticed the many crew cleaning and sanitizing pretty much everything on a constant basis, including tables and chairs, hallway and stair railings, elevator walls and keypads, restrooms, etc. etc. Have you EVER seen that level of attention being paid to cleaning and sanitizing at a resort or hotel? Most likely not.

Cruise ships are very closely monitored for cleanliness. They actually have competitions between cruise ships of the same cruise line to see which ship and crew score the highest in cleanliness. Again, nothing like this exists among hotels and resorts. And have you ever seen what is done in between flights on a plane? Local airline ground personnel breeze through the cabin to pick up trash. That’s it!

People do get sick on cruise ships, but it is almost always the case that the bug was brought onto the ship by a guest. It was not already there. The key is how to avoid getting sick. And the way to do that is simply to practice safe sanitary behaviors (e.g., wash your hands frequently, avoid touching your face, distance yourself from others who look ill to you). Guests who adopt these simple and safe behaviors will almost never get sick.

Illnesses aboard cruise ships are closely monitored and reported because cruise ships are the ONLY vacation environment where such close monitoring is possible. The same close level of monitoring is not possible for resorts, hotels, or airlines due to the manner that viruses are transmitted. Viruses only take a fraction of a second to be transmitted from one person to another but take longer to start displaying symptoms in the persons they infect. When someone starts spreading a virus at a hotel, resort, or on an airplane, we can never know how many people ultimately become infected because the person who began spreading the virus and all those who he/she may have infected have departed the environment by the time they begin showing symptoms. They depart the environment and travel to places far and wide, around the country or even the globe, infecting others along the way and at their final destinations. It is impossible to track or monitor the spread of a virus in this way, so they’re never reported in the news.

In summary, cruise ships have been and will continue to be the cleanest environment to be in when vacationing. Follow good precautionary behaviors and you will almost certainly be fine and have a safe and enjoyable experience.